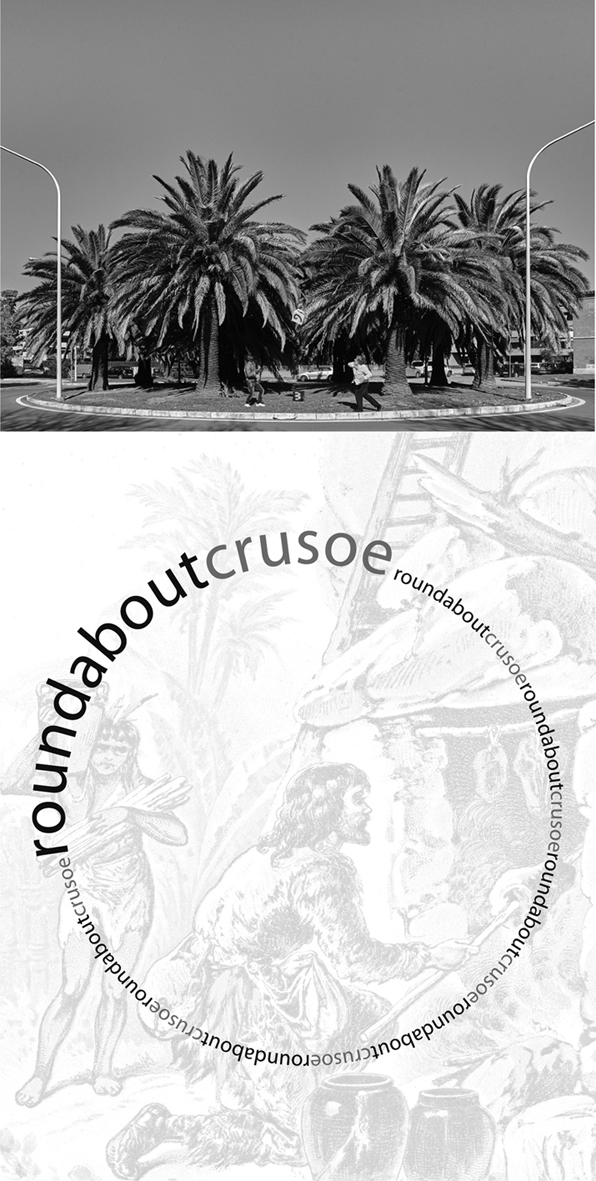 The artist Francesco Falciani picks up on the spiritual thread of his last exhibition, "Evoluzione Capitale dei Sogni (The Basic Evolution of Dreams, 2015 in the gallery artoxin)", in which he deals with one of the most widely read books in the world (!) : Daniel Defoe's Robinson Crusoe, published nearly 300 years ago, 1719.
It tells the story of a sailor who - as a shipwrecked - spends around 28 years isolated on an island and builds up his own cultural landscape almost out of nothing. Robinson Crusoe, the first hero of the bourgeoisie of the early Enlightenment, symbolizes the living myth of the bourgeois self-made man who, with the help of the virtues of order, discipline, reason, diligence, perseverance and piety, masters his fate. Defoe constructs the situation of the British colonists in North America. "Defeat the earth" Robinson Crusoe acts with this "God-given" motto and appropriates property and land, submits to a savage as a slave and calls him "Friday".
Francesco Falciani is interested, as in his exhibition of 2015, in the exploration of some of the most important modern thinking structures that have a lasting impact on our present day. Robinson Crusoe tells the story of colonialism and affirms the power of the puritanical bourgeois ideal and reflects on the "masters position".
Also Karl Marx - one of Falcianis protagonists of the last exhibition - examined in the Robinson Crusoe "the homo economicus", which in all life relations prefers usefulness. Everything becomes for him means of life-support, of the natural struggle for existence and pleasant life, in a frightening way without empathy at the expense of others.
In a series of photographs and drawings Francesco Falciani thinks through the cosmos of Robinson Crusoe and tries to translate his findings into the visual.