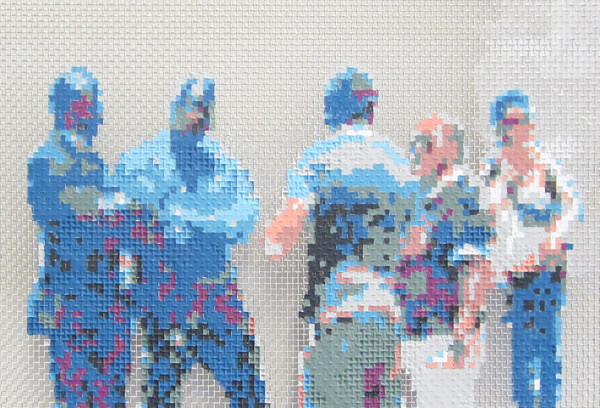 It is the second solo exhibition at arToxin with concept artist Wolfgang Aichner, who will primarily show paintings in "Manic Realism" (Christian Stock, Wien).
In addition to these somewhat surreal scenes painted on metal lattices, there is also an object from his installation "parenté à la plaisanterie", conceived in 2018 for the Dakar Biennale.

For a long time, Aichner occupied himself with space, whose definitions and limits, social spaces are also addressed in the newer series of works.
The video work "linear" (short film 33min) **, whose trailer is shown in the exhibition, also deals with spatial definition, here also under political aspects.

** in collaboration with Thomas Huber, Munich