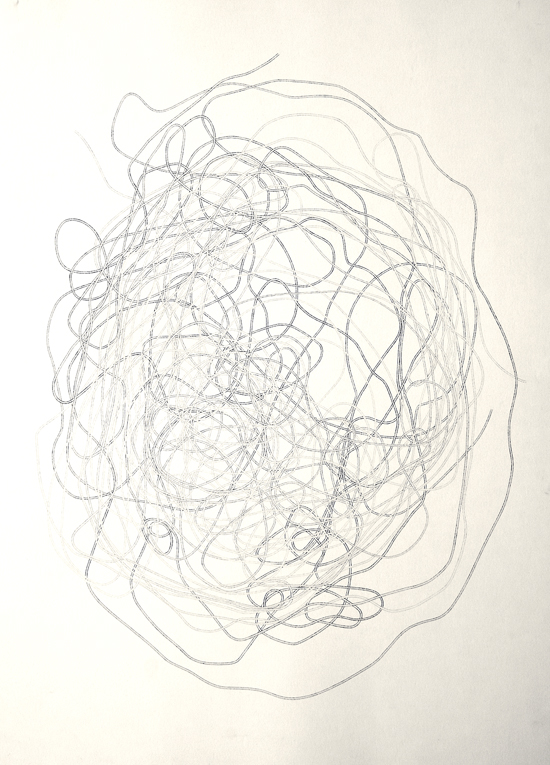 The exhibition is running til 30th May!!!

The vague and ambiguous, the fragmentary and the omitted, the play with expectation and disappointment, the paradox are the categories of Andreas Stetka's works.
Everything is based on intentional simplicity of the materials and the technical means, which are used.
As in the classic flip book, the video loops (stupiloops) consist of only a few pictures, mostly details of found photographs, which, when attached to a loop, suggest a restless movement.
The errors and irritations that occur during the development process, such as incorrect exposure or interference, are accepted or even searched for.
An atmospheric carpet of sound is woven from casually recorded background noises, which lies over the images and sets their rhythm and mood.
The video sequences do not want to tell a story, but try to open a hypnotic imagination space from which stories may develop.

His drawings - just like the videos - are kept simple. The means used are minimalistic: pencil and paper or watercolor paint with ink pen on graph paper, an echo of analogue times. The artist foregoes a realistic depiction. Rather, the drawing act itself takes center stage.
"Drawing as a game with an uncertain outcome. Find the rules of the game and forget them when you play. Also yourself. You will clean up later."
Following the moods or a "stream of consciousness", an attempt is made to obtain distillates from observing the outside world and the inner perception.
The sheets are associatively combined from different work groups and, in order, form something like an archive of connotations.